A Count Spectacular Slot Review – Symbols, Paylines and Plus Features

Count Spectacular rhymes with Count Dracula, doesn’t it? And as you might have suspected, that’s the theme in play. But certainly, there are some differences between the two. The other (real Dracula) icon is usually horror-laden in most of his stories. On the other hand, Count Spectacular is known for his bountiful rewards, and a user-friendly design, language tagged “Cute, but dark” by players. Learn about that, and even more in our detailed review.

What’s the Theme and Story About?

The theme of the game is inspired by Count Dracula, so you play the entire thing in the Count’s lair. In the background, you’ll find a spider-print, adorned on both sides by ornate pillars. With a story straight out of Transylvania, experience the Count’s eternal blessings straight from the comfort of your seat at home.

Symbols to Know before Playing as the Count

Count Spectacular is a game with the usual slot details, and we mean both the Scatter and Wild symbols. The Scatter symbol is the Castle, and while the game doesn’t specifically state the Wild symbol, the Count himself can substitute for any symbol on the reel. Likewise, there’s also a bonus that you can enjoy, but it only activates when you hit the Count. But the catch is that the Count must show up on both reel 1 and 5.

Triggering the bonus activates a slew of rewards that you must choose from. The ones available are 12 free games with triple prizes or 4 free re-spins with the Count present on both reel 1 and 5. And talking about reels, you’ll find five in this game, with the symbols divided across three rows. The type of reel you should expect is the cascading variant, native to most RTG titles. Lastly, if you’re a newbie, you can also play the demo mode, though this option is left up to the casino you play.

Count Spectacular has a progressive jackpot that’s similar to what is found in any other slots, such as Spirit of the Inca and Megasaur. The only difference is just that triggering the jackpot is elusive since RTG designed it to be completely random. In other words, most of your progressive jackpot-winning tactics will probably not work. One fun fact, though is that like all RTG titles, you have two jackpots being the Major and Minor. Both are triggered randomly in the game.

Luckily, regardless of your bet amount, the high RTP (a staggering 95%) makes sure you’re rewarded. On another hand though, keep in mind that the game is designed for medium-high rollers. Doing otherwise will still net you some winnings since the volatility isn’t high, but as you expected, they won’t be high-value ones. 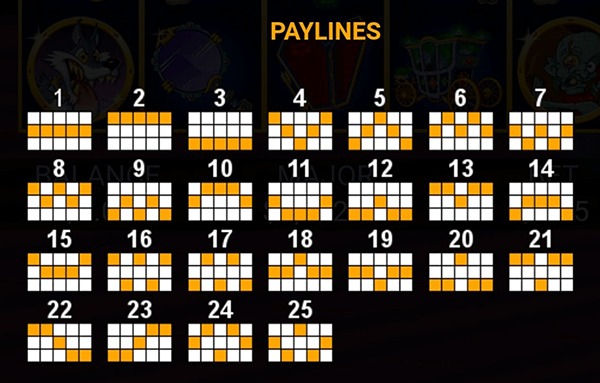 The Team’s Experience with the RTG Graphics and Audio

Seeing as Count Spectacular was created some time ago, it’s one of the few games that can’t escape its past. But successfully ignore those visuals, and you’ll learn to appreciate the vintage theme the more you play, especially since it’s the same slot mechanism ticking away in the background. Heck, the game uses the usual RTG layout featuring the Balance, Bet and Win at the top; and then options to use the auto play feature or even change lines. Moving on to the audio, the department, like every other online vintage slot, sounds outdated. Fortunately, you can mute the game if it’s proving to be more of an annoyance than anything else.

Interesting Fact: There’s turbo mode, and you can also customise your experience by choosing which hand to play with.

Count Spectacular Is an Omni-Platform Title

Players can enjoy Count Spectacular on all devices (desktop or smartphones). In as much as the device runs anyone between Mac OS, Windows, iOS, Android, and even Blackberry. It’s one of the few games that support the last one. To play, you can either download the game or use the instant-play option (HTML5 on smartphones, Flash on desktops). Still, in the end, the casino decides whether or not you’ll find both options. Most times, it’s only the instant play, which is far better since you don’t need to download the app. Load-times in the game also were short regardless of the platform.

Whether You Should Go for Count Spectacular or Not

Count Spectacular ticks a lot of boxes, which we think players will appreciate long-term. There’s the high RTP, support for both smartphones and desktop, availability of two jackpots, a bonus, and finally, a theme that carries on the spooky torch of the Count. Also, we can’t ignore the flexible bet range and sleek graphics. And sure, there are also a few cons, with one being the random jackpot generator. But in the end, while the pros outweigh the cons, the decision to play or not is still left up to you.

Count Spectacular’s Frequently Asked Questions and Answers to Them

The game has a collection of symbols that follow the theme of the count. The list includes doorknockers, wolves, bats, lanterns, coffins, carriages, and garlic. But aside from that, the Scatter and Wild symbols are the only ones you should keep a note of. For instance, the Count symbol, which always acts as Wild, is a variety that expands (otherwise known as stacked Wilds). This means that the Count can expand across the entire reel to trigger a one-of-a-kind reward.

Which rewards should you expect from the symbol combos?

Like any other slots, there are some combinations that you should know by heart. So, to start with, getting five counts in a spin will net you an immediate 10,000 coins to have fun with. In the case of the Scatter symbol, you’ll be rewarded between 2x and 200x your bet amount. Aside from the Count, the Blonde Woman is another symbol to watch out for since she pays out 2,500 coins.

Is there another way to activate the bonus?

As a matter of fact, yes, there’s another way to trigger the bonus. Aside from using the Wild symbols, sometimes, you can also trigger the bonus by hitting three or more Scatter icons. Your rewards, of course, remain the same, with the game leaving the choice up to you (choose between either free spins or the re-spin feature). Technically, there’s not much of a difference between both rewards, since they both need you to spin the reels.